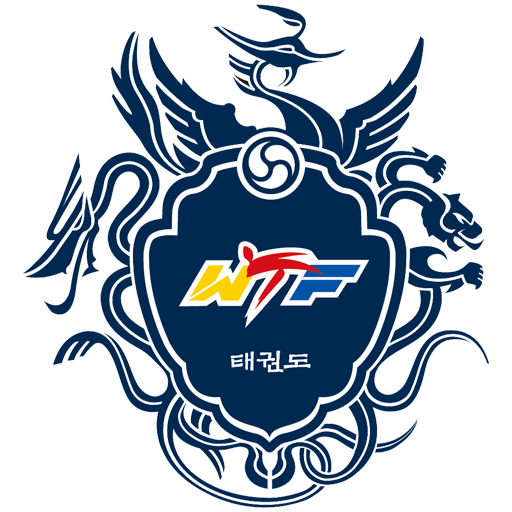 The WTF was established in South Korea on May 28, 1973, at its inaugural meeting held at the Kukkiwon with participation of 35 representatives from the world. The WTF, which only governs the function of Taekwondo competitions and related support services, should not be confused with the World Taekwondo Headquarters, also known as Kukkiwon, which is a center of learning and research of taekwondo located in Yeoksam-dong, Seoul.

Former WTF president Kim Un-Yong successfully lobbied to include taekwondo sparring competition as a demonstration sport in the 1988 and 1992 Summer Olympics, and official Full Medal Olympic sport beginning in 2000. According to the WTF, “Taekwondo is one of the most systematic and scientific Korean traditional martial arts, that teaches more than physical fighting skills. It is a discipline that shows ways of enhancing our spirit and life through training our body and mind. Today, it has become a global sport that has gained an international reputation, and stands among the official games in the Olympics.”

Korea Taekwondo Association is the first taekwondo organisation. It was founded in 1959, although official South Korean sources give 1961 as its year of establishment. In 1966, some members of the KTA, led by H. H. Choi, formed the International Taekwon-Do Federation (ITF); other members founded Kukkiwon and the World Taekwondo Federation (WTF) in the early 1970s. The KTA sits under the Korea Sports Council, is aligned with Kukkiwon, and is a Member National Association (MNA) of the WTF. Its goal is to promote the martial art taekwondo as a national sport within South Korea.

The first official KTA dan promotion test was held on 11 November 1962. The KTA continued awarding dan ranks for several years, but handed over direct dan promotion responsibilities to either the WTF in April 1976, according to a Black Belt magazine report, or to Kukkiwon on 5 February 1980, according to historians Won Sik Kang and Kyong Myong Lee.Since then, however, some dan ranks have apparently still been awarded under the authority of the KTA (e.g., S. S. Lee’s 9th dan from the Jidokwan, KTA, in 1993).

Kukkiwon, also known as World Taekwondo Headquarters, and home of the World Taekwondo Academy, is the official taekwondo governing organisation established by the South Korean government. It is supervised by the International Sports Division of the Ministry of Culture, Sports, and Tourism.

Kukkiwon is the centre of taekwondo instructor education, being the home of the World Taekwondo Academy, and issues official instructor and dan (black belt) and poom (junior black belt, for practitioners under 15 years of age) certifications.

The organisation’s main aims are:

According to the World Taekwondo Federation’s (WTF) rules, taekwondo competitors seeking entry into WTF-sanctioned events must hold black belt rank (whether poom or dan) from Kukkiwon. Kukkiwon has specified 21 articles in its regulations for poom and dan promotion tests. Article 2 of these regulations notes that they apply to all instructors and students enrolled as members of Member National Associations of the WTF. Article 4 stipulates that “WTF will support the Member National Associations to help perform the task of Dan promotion testing smoothly.”

In Kukkiwon’s promotion test regulations, Article 8 lists the time and age limits associated with promotion between ranks; that is, the minimum time a candidate must have held a certain rank, and the minimum age a candidate must be, before becoming eligible to be tested for promotion to the next rank. For promotion to ranks up to and including 5th dan, there are different minimum age limits depending on whether the candidate had previously been promoted into poom ranks. Time and age limits are not inflexible; for example, under Article 17, winners of Olympic Games, other world-level, and continental-level WTF championships may receive concessions. Article 18 allows for taekwondo practitioners with non-Kukkiwon ranks to apply for Kukkiwon rank certification.

The group formed in the 1970s as the AAU National Taekwondo Association, but later broke away from the AAU and created the United States Taekwondo Union (USTU). In 2005, its name changed again to USA Taekwondo after the USOC took over the governance of the USTU in 2004. In 2006, the first USAT Board of Directors was elected by the membership.

In 2011, USAT members Bernard Robinson,Anne Chase, Bruce Harris, Jeannette Woodard, Barbara Wakefield, Leon Preston and Valerie filed two Section 10 challenges to USAT’s structure. After attempted mediation in October 2011, the matter went to the USOC Hearing Panel. This Hearing Panel issued their ruling and decision on February 27, 2012 finding the USAT out of compliance with the Ted Stevens Act, the USOC Constitution and the USAT bylaws and recommended putting USAT on probation and creating an Oversight Committee. This ruling may be found on the USA Taekwondo Website http://www.usa-taekwondo.us.

Above contents are all from http://www.wikipedia.org/